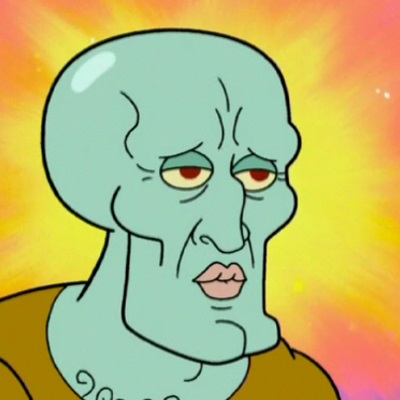 This image from the season 5 episode The Two Faces of Squidward will forever be one of the most handsome of the entire series. I remember that, soon after that episode premiered back in November 2007, this image began to appear everywhere online: it was not uncommon to see somebody using it as his profile picture on a Web forum, on YouTube, or for Team Fortress 2. Although the episode itself is a season 5 episode and thus post-movie, I think that Squidward's handsomeness in it makes watching the episode very worthwhile.