The Greatest Map Ever Made 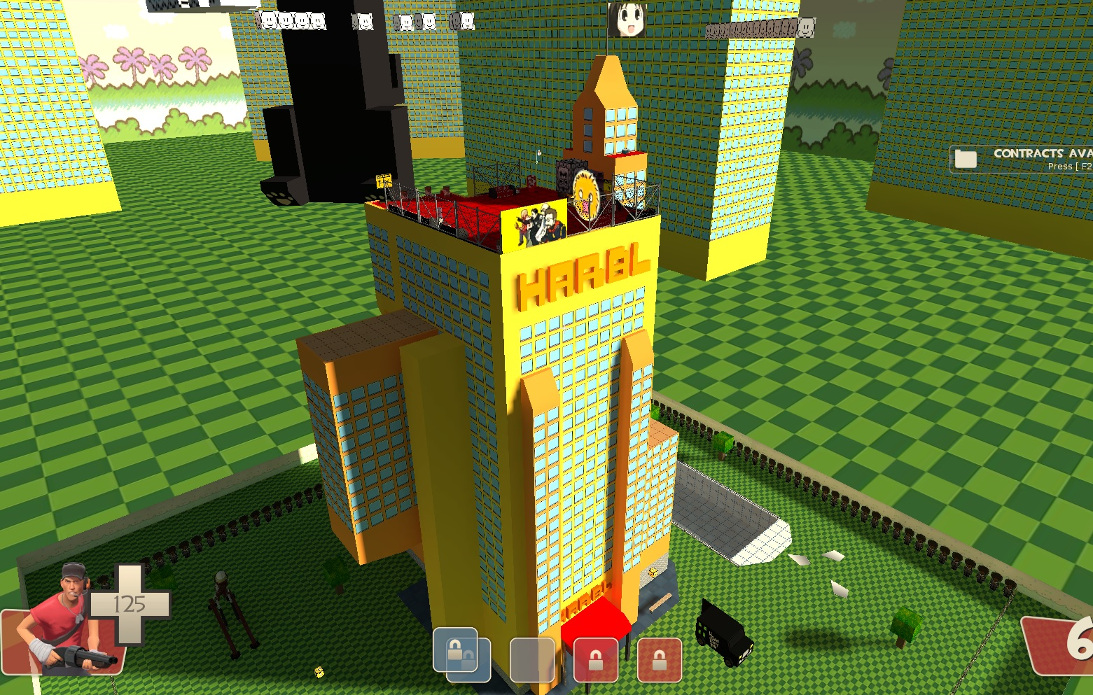 That map would be harbl_hotel, of course.

This is a rather old Control Point map made by a fellow named Xenon. In addition to the map itself, he also recorded a video walkthrough giving tips and secrets for the map; these original walkthroughs have been re-uploaded by someone else onto YouTube (see also part 2 and part 3).

This is definitely a map that appeals to old 4chan and old /b/ culture: almost all of the images that are found inside the main building are (if I had to give a date) pre-2008 4chan /b/ memes. Even the map itself is based on a real hotel that's been raided regularly as part of a long-standing /b/ tradition. There are even two pools in the map, both of which slowly damage you if you jump into them. Why? Because they have AIDS, of course!

As harbl_hotel would appear very strange to anybody who isn't a 4chan regular—or even to all but the old /b/tards—its appeal is, of course, rather limited. I have only known about three Team Fortress 2 servers that actually run or ran the map: the original Desuroom (the one established by JTFish), which ran the map 24/7; the 4CHAN PARTY VAN, which had it as part of its map rotation; and the new, current Desuroom, with IP address 162.248.88.175:27015, that also runs the map 24/7. Since 2010 (when I first discovered it), I have played on this map for many, many hours, mostly back on the original Desuroom when it was still up and running, so I know it very well. It is my favorite Team Fortress 2 map, if I haven't already made that clear.

However, I am not going to describe the map in detail here, because I think it is better that you download it and experience it for yourself. I will mention some of the map's highlights, though: a disco room with a DJ booth offering a selection of 16 songs that can be played, and that can be heard throughout the entire map; a handful of interactive flying vans; many buttons scattered here and there that teleport you to various places on the map, including the skybox; and the ability to flood most of the map. If you want to play this map, as of October 2020, the only server I know of that runs this map is the new Desuroom server I mentioned in the previous paragraph.