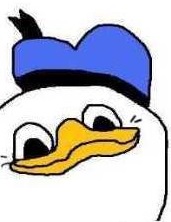 I will admit that this is one of my favorite memes. It was posted frequently on /b/ during the early 2010s, though it seemed that a lot of folks at the time found the comics to be stupid, pointless, and terrible. Maybe because the little plots of the comics are so absurd and outrageous, or maybe because they are so poorly-drawn and have such broken English that it's funny, or maybe because of that smirk on the bastard's face in the final panel of most of the comics, but I love Uncle Dolan and I always get a laugh from the better comics.

Below you will find links to Dolan comics that I personally saved from /b/ between 2010 to 2012, and have been on my hard drive ever since then; they are ones that I hand-picked back then because I found them to be extraordinarily funny. (The titles are my own, as these comics don't have official titles.)

See also the Encyclopedia Dramatica article on this meme.